Welcome to the paths and roads that criss cross the deep valleys and climb up to the 2,000 metre high peaks. In winter the Ancares are covered in snow and in spring as the snow melts, streams and little waterfalls appear across the valleys. In autumn, the landscape bursts into a display of wonderful autumnal colours.

The council of Navia is situated in the northern region of the Sierra de los Ancares. From a morphological point of view there are three types of landscape.  The valley of the river Navia, deeply embedded within the surrounding mountains, that crosses the council from south west to north east and forms a wide range of land suitable for agriculture.

On the other side are the foothills of the Sierra de los Ancares (to the South and to the East) cut through with small, hidden valleys as a result of the streams that start in the high reaches of the mountain range and that finish in Navia. The highest parts of the council are found in this area, the puerto de Ancares at 1,680 m, mount Tesón at 1,374 m and the Loma do Charco at 1,239 m.

The region is completed with a series of small mountain ranges in the direction of North West to South East, belonging to the Sierras de Pedruñales and to Meira in the eastern part of the council.

The river network is dominated by the river Navia, with multiple tributaries such as the Ser, Moya, Rao and Bullán, amongst others.

The council is full of paths and tracks that allow you to complete numerous routes within the region, although some of the paths are not in good condition.

The spectacular scenery is completed by the local fauna. Wild boar, deer, rabbits, owls, foxes, mountain cats and squirrels are all abundant in the region. It is also possible to see capercaillie (or wood grouse) and once again brown bears In these mountains live a group of bears who are part of a recovery programme for this species.

With the aim of making A Proba a pleasant place to live where people can enjoy the natural beauty around them, a recreational area has been developed on the river banks as you walk through A Proba that has all the amenities necessary as well as being completely accessible and adapted so that you can spend an unforgettable day here.

There is a river beach with the crystal clear water of Vanzado and other smaller swimming holes such as the pozo de la madre. There are public changing rooms with showers and toilets. The recreational area is also an area to practise river fishing. It is a grassed area with a children’s playground, as well as picnic tables and barbecues where you can have lunch or dinner. In front of the park is the Muíño do Médico” (Doctor’s mill) and the river dam. Running level with the dam is “Camiño de Forcois” , a beautiful pathway that in the past connected the various vegetable gardens along the riverside. 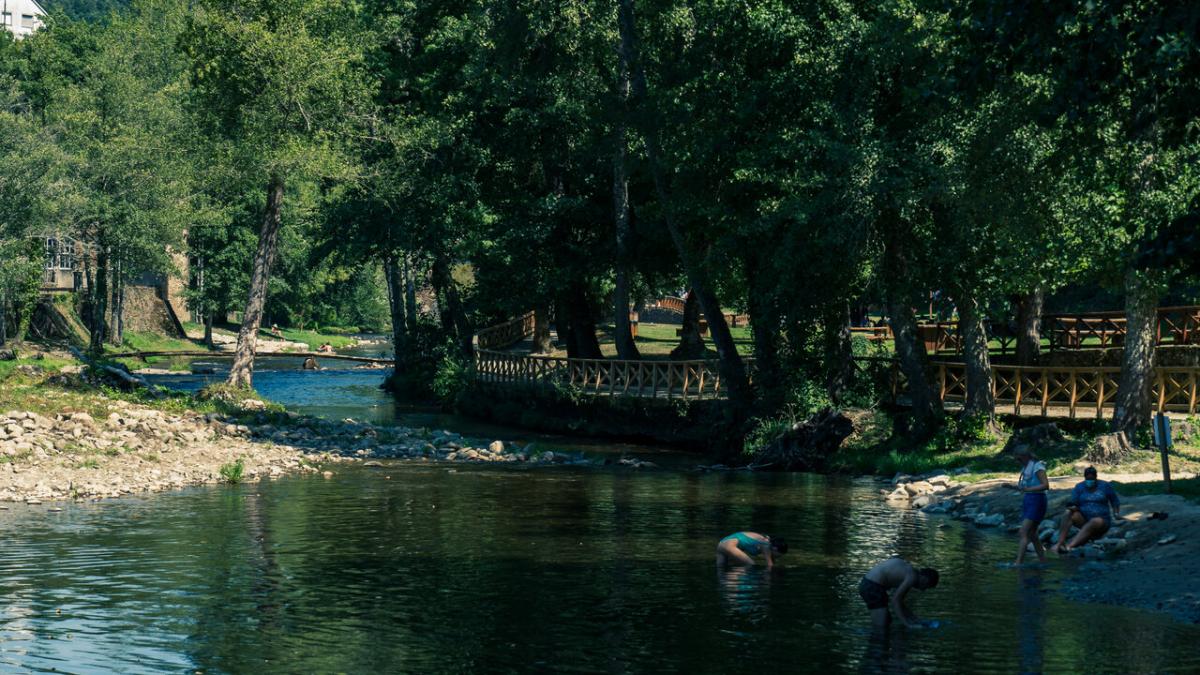 Other recreational areas of the municipality that are spaces for specifying and contact with nature and that have what is necessary for rest are As Veigas and O Cochoso, both close to the LU-722 as it passes through Navia de Suarna. O Cochoso takes its name from an old abandoned building that in the past was an old inn, known as "Casa do Cochoso". Here there is a walkway that allows you to cross to the other side of the river to enjoy the trails that run along both banks. Important points are also the recreational areas of O Coedo and Río de Pé.