A Pobra has two important monuments, the Medieval bridge and the castle of the Altamira, that show the importance of this town in Medieval times.

The first documented mention of the castle is that don Rodrigo Gutiérrez gifted the castle to his wife in 1037. The irmandiña revolt in 1467 destroyed the castle and later the counts rebuilt it in its polygonal plan, erected on a solid base of rock that overlooks the town. You can still see the remains of the circular defence towers and part of the wall ramparts. Inside the castle was built from slate masonry and it was entered by a door with a semicircular arch. 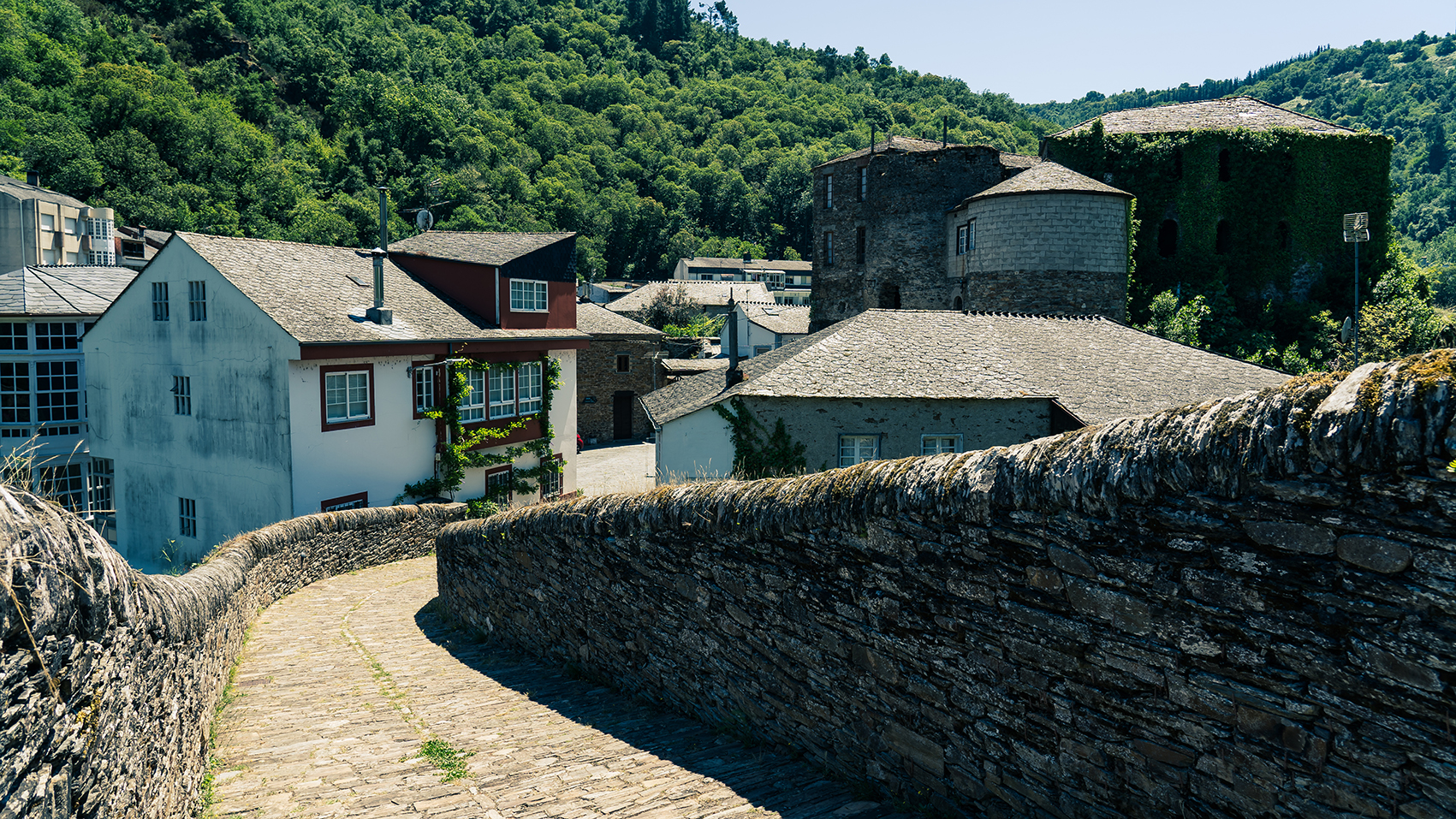 In the last century, the Asturian priest Manuel López Ernesto who was the parish priest of Navia acquired the castle. He completely reformed the castle and changed it in order to make 7 living quarters for his successors. He had to use the old hay barn which he rebuilt in concrete blocks in order to build another house and it has remained in that state to this day. What you can see now is not representative of the original building.

Next to the castle is the ‘Ponte Vella’  (Old Bridge) or Medieval bridge; a single- arched bridge with a slate surface which is traditionally said to be Roman although it is actually Medieval. At this point in the town the  river Navia combines with the architecture to make a local beauty spot. The council has many prehistoric remains such as the mámoas (burial mounds) and dolmens of Ferreirúa and Vilarpandín and the Celtic hill forts of Liñares, Monterrío, Coedo and Larxentes. Around Abrente can be found Medieval tombs of masonry with slate covers.

Of special interest in religious architecture are the parish churches of San Salvador de Mosteiro, San Xosé de Muñís, Sto. Estevo de Vilarpandín, Santa María de Rao and Barcia. As well as  the chapels of  Abrente, Marcelín and Molmeán. As examples of civic buildings, of special interest are the manor houses of Freixís, Virigo, Vilarpandín and Pin. In traditional architecture the typical pallozas ancareñas  (round thatched dwellings) in the mountain hamlets of Muñis and Ribón, as well as typical traditional buildings such as mills, palomares (dovecotes) and cortins (enclosures to protect the beehives) in Pan do Zarca and Vispeiro.

The tradition of craftwork comes from an economy based on self sufficiency and isolation in the high mountains of Lugo, with traditional handicrafts such as leatherwork making tools and clothing necessary for everyday life with the animal skins of the region. Even today craft items are made such as zuecos (clog type shoes), axes, belts and wallets amongst other basic items.

One way to find out more about the ethnography and local traditions is a visit to the village of Muñis and the hamlet of Coro in Rao and if you want to see the traditional town architecture and the history of the high Lugo mountains, you can visit the pazos (manor houses) of Freixís, Piñeiro and Virigo.